Remembering the past is fun, isn’t it? Most of us love revisiting our old memories that happened in our lives that made us who we are right now. Well, the gaming industry is not new to a nostalgia event. There are some game developers who revived their old games by making a remastered version of it.

Although some of our favorite games already have remastered version, there are still some that really needs to have one. So we’re here giving you the top 5 good old games that need a remastered release. With the Souls series riding high in players’ hearts and minds, this oft-overlooked originator deserves a second chance. Demon’s Souls started many of the traditions which fans of Dark Souls and Bloodborne (and their lesser imitators) now hold dear; the “bonfire” checkpoint system, being able to recover souls on death if you can reach where you lost them, summoning players to help with boss fights…all of these are Demon’s Souls staples. The world design of Demon’s Souls may not be quite as strong as its successor, and there are a few kinks that would need to be ironed out; I’m still not 100% on what exactly the World Tendency system does. That said, Demon’s Souls has all the hallmarks of a Souls classic. It’s got the withered, ruined world, the ambiguous narrative, the memorable characters just trying to survive a hostile environment…yessir, Dark Souls aficionados and newcomers alike would appreciate this underrated classic getting the remaster treatment. Let’s get the obvious one out of the way early: Crash Team Racing is an unqualified delight. Easily pipping competitors like Mario Kart, Diddy Kong Racing and…err…Speed Freaks to the post, CTR: Crash Team Racing boasted a veritable cornucopia of tracks, weapons, and characters, with secrets, shortcuts and optimal race paths to find in order to outwit the (incredibly difficult) AI opponents or your friends. This one’s in dire need of a remaster because, well, it hasn’t aged particularly brilliantly. Those PS1 polygons look a little more than just dated now. Heck, the presentation, in general, isn’t amazing. A remaster would bring Crash Team Racing up to speed, easily allowing it to lap even its modern competitors.

Okay, this one’s a tad obscure, but bear with me. Shadow Tower is a From Software-developed precursor to the Demon’s and Dark Souls series. In essence, it’s more akin to those games’ immediate predecessor King’s Field, offering as it does first-person dungeon exploration with an emphasis on organic discovery and an atmosphere of loneliness. The idea of this list, though, is not just to examine games we loved as kids which we’d like to revisit for nostalgic purposes; I’d also like to look at some games which really, genuinely need remastering. Shadow Tower has some really excellent environment design, and that signature From Software sense of isolated dread has never been more oppressive and claustrophobic than here. Shadow Tower is the definition of a “fixer-upper” remastering project, akin to what was done with the Crash Bandicoot N. Sane Trilogy, or the 3DS Dragon Quest remakes. Fix the weapon system (are the swords made of bread?), change the control scheme completely and revamp the graphics, and you’ve got a bona fide classic on your hands. Here’s where it all began. Rockstar’s celebrated Western epic Red Dead Redemption couldn’t exist without this odd little forerunner. Owing a lot to venerated classics of the spaghetti Western cinematic genre like The Good, The Bad and The Ugly and High Noon, Red Dead Revolver rode a very small wave of Western-inspired video games which also included GUN, Call of Juarez, Darkwatch and other titles (any of these could also be candidates for a good remastering). Red Dead Revolver has some excellent ideas; its gameplay is sticky and awkward, but that just makes triumphing over its varied and lengthy campaign feel all the more rewarding. The visual design of Red Dead Revolver is great, too, resembling as it does an idealized version of the Wild West rather than the realistic feel for which Redemption opted. Its characters are archetypes, sure, but that doesn’t make spending time with them any less fun. Red Dead Revolver did get a re-release on the PS4 recently, complete with trophy support, but I think Rockstar’s forgotten “classic” deserves a little more love than a straightforward port. 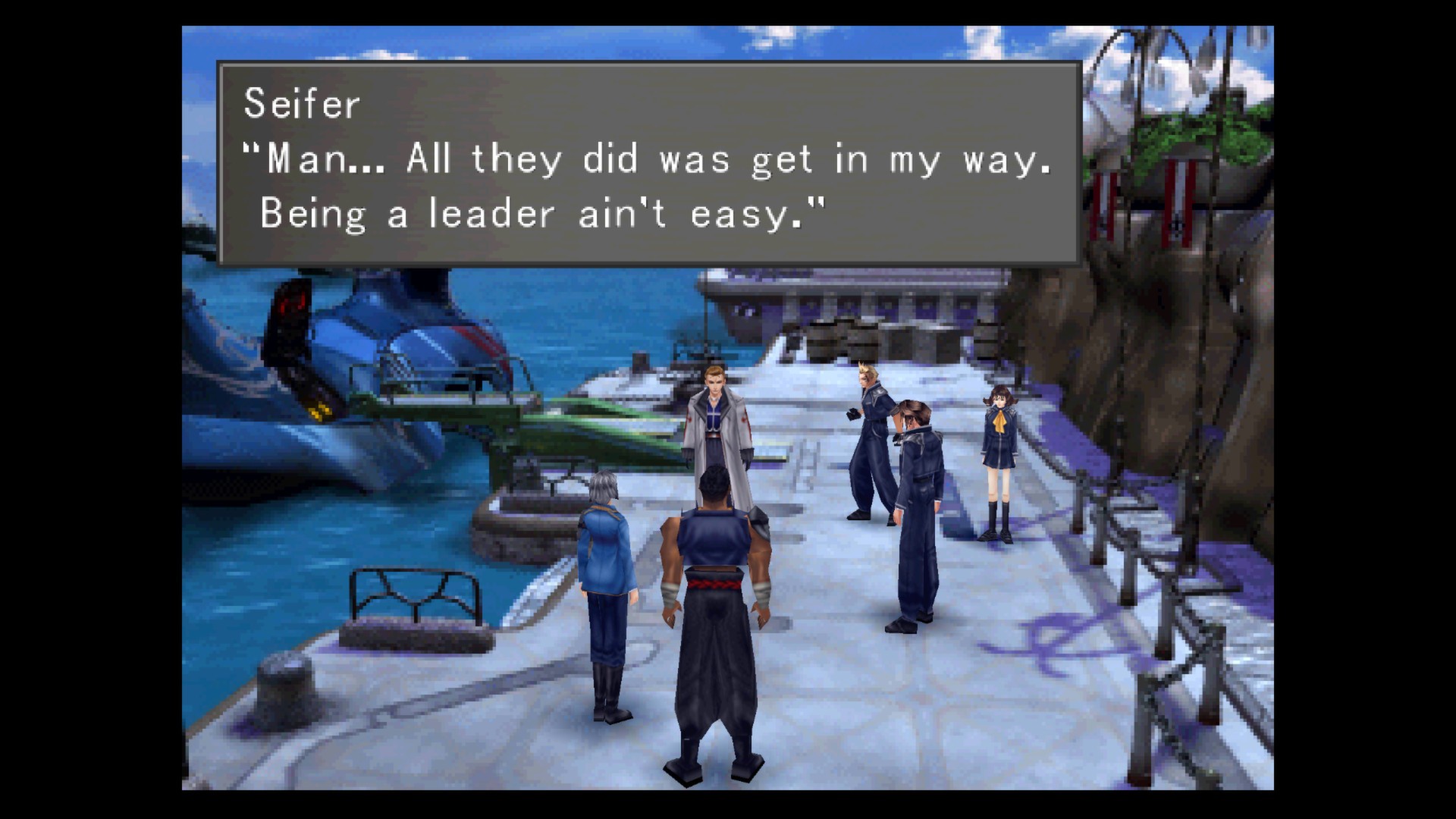 Apparently, Final Fantasy VIII is the unwanted stepchild of the Final Fantasy series. Every other title in this venerable series has been released and re-released multiple times on several platforms, but Final Fantasy VIII continues to get short shrift when it comes to a much-needed modern update. It’s easy to see why: the story isn’t up to scratch, with some bafflingly awful mid-game twists, and the Junction system is simultaneously confusing and hilariously broken. Get past all that, though, and you’ll find a solid, charming tale about teenagers caught up in a war beyond their understanding. The story might be a curate’s egg, and the gameplay has its fair share of detractors, but Final Fantasy VIII does some stuff so well that it’s worth revisiting. With a world map that’s fun to explore and full of secrets, an interesting weapon upgrade system and a throwback to Final Fantasy VI’s character class system in Limit Breaks, Final Fantasy VIII is an unfairly overlooked flawed diamond in a series that’s full of ‘em. If Final Fantasy X-2 can get a remaster (shudder) then surely it’s time to reconsider FFVIII.