Destiny 2’s second expansion has received another information leaked to the public, but unlike the previous two rumors, the new details are the most believable. According to the reported GameStop and Amazon listings, the upcoming Destiny 2’s expansion title will be called The Fallen Warmind and have a launch date on May 8th.

Both the GameStop and Amazon listing shows similar item called Destiny 2 – Expansion 2: The Fallen Warmind. Aside from the suggested May 8, 2018 release date, the item also shows the price of the DLC which cost $19.99. 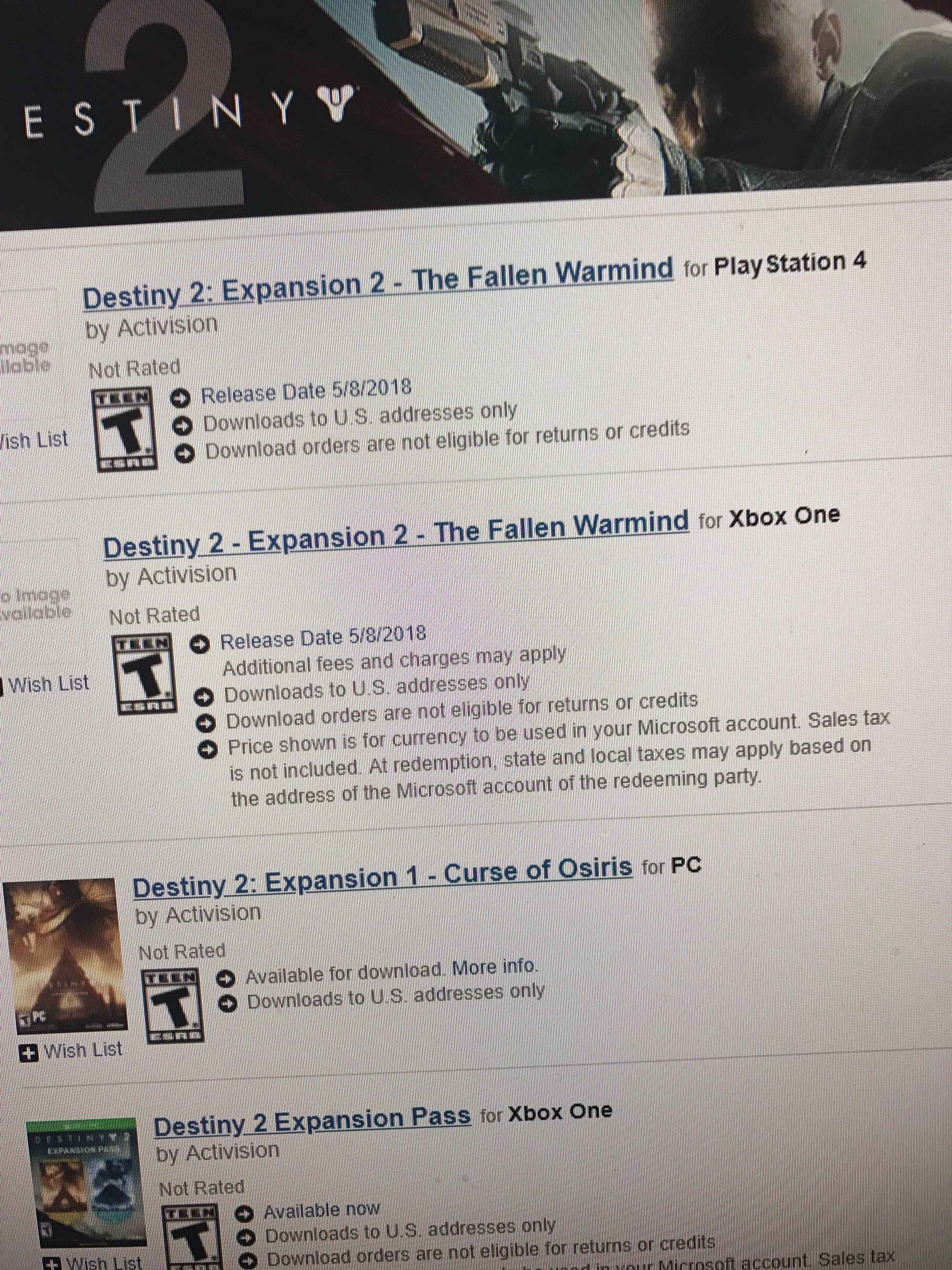 Destiny 2 Expansion II: The Fallen Warmind continues your Guardian’s journey with all-new story missions and adventures set in a new destination, Mars. Rasputin has mysteriously vanished, and Ana Bray has returned to The Last City, warning of a dark uprising on Mars. Discover the conspiracy behind his disappearance, prevent the rise of a corrupted Warmind, and uncover the truth behind the Collapse. Of course, as with all leaks, there’s still a chance that the information that we have right now is incorrect or may change. However, reputed retail listing leaks are considered to be the most reliable sources in this case, as retailers are receiving the most accurate information before it goes to the public.

In addition, Destiny 2 director Christopher Barret also confirmed that the next DLC will be coming in May, which fits well with the alleged May 8th release of The Fallen Warmind.

As of this moment, there is still no response to the rumored expansion title from the game developer, but as usual, we will be keeping an eye on the official announcement from Bungie. Again, this listing leak could have been faked, but so far, they’re the best leaks we’ve had.