While most of the fans are still busy playing Insomniac’s Spider-Man on PS4, Sony Pictures Animation has released a new Spider-Man: Into the Spider-Verse trailer featuring six Spideys from different dimensions.

The new Spider-Man: Into the Spider-Verse trailer starts with Peter Parker doing his morning routine like what he always did. The scene shifts to a younger Spider-Man in a different world where the narrator, the older Spider-Man version, shows up. He then explained to the kid that he’s from another dimension.

All of the 5 Spidey’s that were brought into that universe was confused and their mission is to get back to their real world. The Spider Squad gathered together to take down the main villain of the film Wilson Fisk. 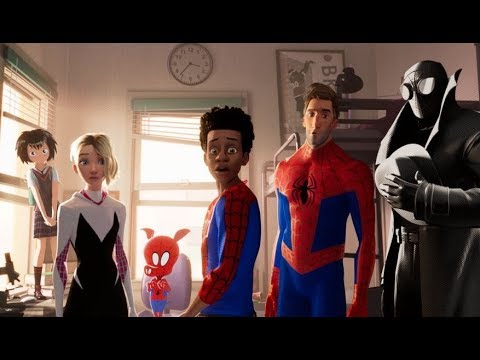 Spider-Man: Into the Spider-Verse hits theaters on December 14th.