Game of Thrones Season 8 Episode 3 is already out and if you haven’t watched it yet, then be aware that this post contains spoilers. If spoilers don’t bother you at all, then you’re free to continue reading why Jon Snow wasn’t just screaming in front of the Dragon.

One of the most intense scene during the battle is how Jon Snow fights the chilling Dragon. While most of the fans have been laughing at how Jon Snow pointlessly screaming at the ice dragon, one generous Game of Thrones fan revealed and enlighten the community about what Jon was actually saying and how it helped Arya kill the Night King. According to Applesoapp on Reddit, Jon Snow screamed in front of the ice dragon to distract it so Arya can pass through and kill the Night King. As we all know, the dragon was protecting the entrance to the Godswood where Bran is currently sitting.

So no, Jon Snow did not just pointlessly scream at the dragon. Instead, he was shouting “GOOOOO! GO! GO!” to motivate Arya. After that scene, you can see that the hair of the White Walkers in standby went flying and Arya’s shadows slowly appear at the back of the Night King.

So basically, Jon Snow was sacrificing himself to allow Arya to become the hero of the war. Check out the scene from the clip below and see it yourself. 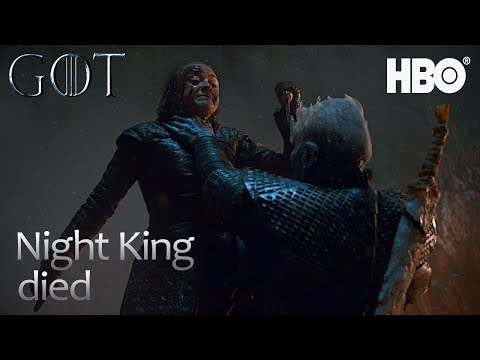