With the epic moments happening in the Wano Kuni Arc in the manga, many One Piece fans are excited to see the start of the Wano Country Arc in the anime. As of writing, the anime is now in Episode 887 which is the middle of the Reverie Arc.

Given the fact that the current arc in the anime is almost coming to an end, it only means that we’ll be getting near for the next arc. And for that reason, Toei Animation has announced that the One Piece anime Wano Kuni Arc will officially begin on July 7th. What To Expect In The Wano Kuni Arc

Before we continue, please be reminded that the contents in this article contain spoilers from the One Piece manga. If you’ve been following the One Piece manga or spoilers don’t bother you at all, here’s what you’re going to see in the Wano Country Arc.

The Wano Country is a powerful country that is not associated with the World Government. It is the homeland of Momonosuke Kozuki and his Family. As revealed in the Zou Arc, it is currently ruled by another shogun named Kurozumi Orochi and was also backed up by one of the Yonko, Kaido and the Beasts Pirates.

Numbers of strong warriors including Eustass Kid, Scratchmen Apoo, X Drake and Killer of the Worst Generation, Beasts Pirates, Yonko, and samurais are residing in the Wano Country. During the arc, Kaido’s devil fruit was also revealed and if you want to know what it is, you can check this link.

Samurai, Mink, Ninja, and Pirate alliance was assembled for a mission to take down the current shogun of the Wano Kuni who is abusing the people of the country and also defeat Yonko Kaido. There is a lot of unexpected revelation in the Wano Kuni Arc and so far, this arc is considered as the most epic arc in One Piece. You can check the Wano Arc trailer below: 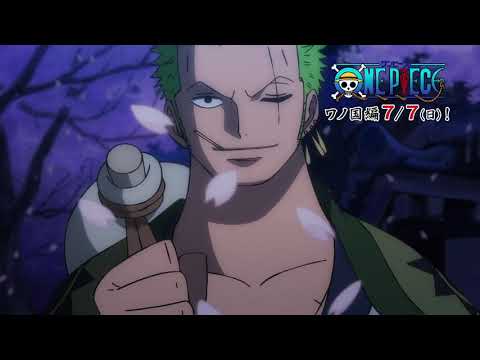